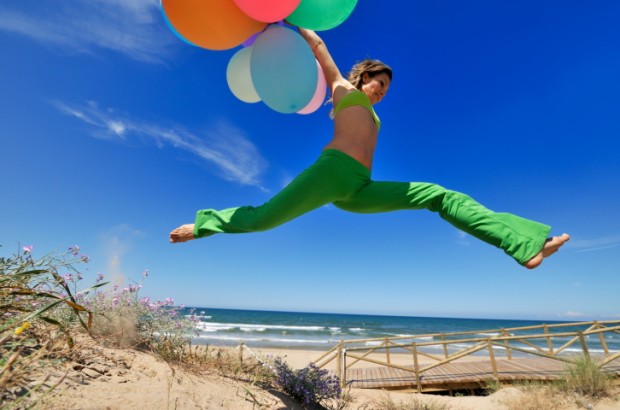 Those confusing acronyms actually stand for useful technology that can keep your car from skidding, help you avoid whiplash, and tell you when there’s a car in your blind spot. We decipher the jargon of Active safety systems.

If you’re shopping for a new car, you’ll notice during your test drives that today’s vehicles are loaded with a myriad of Active safety systems that help prevent accidents.

Technology that’s labeled “Active” helps to avoid an accident but can also minimize injuries sustained in a crash. Here’s a VroomGirls guide to understanding what you get from Active safety systems.

Active Brake Assist steps in to fully apply brake pressure in an emergency situation. If the driver slams on the brakes yet fails to push hard enough to fully stop the vehicle, Active Brake Assist will apply full pressure to the brakes, and can cut the stopping distance by nearly half. Manufacturers say the technology results in fewer rear-end collisions.

Cars That Offer This Technology: Volvo, Toyota, BMW, and Audi

Active Headlights aren’t just pointed straight ahead and fixed to the car, they swivel around bends to light the way through corners. Nearly half of all accidents occur at night, and Active Headlights do a great job illuminating dark and windy roads. These lights assess the speed, steering and elevation of the car to best illuminate the road. They also improve glare for oncoming drivers, who might otherwise be blinded by your car’s headlamps.

These headrests absorb impact better than ordinary ones, reducing the possibility of whiplash in the case of rear-end collisions. During a crash, the system takes into account the force of the impact, as well as the seat occupant’s size and weight, and then cradles the torso while minimizing the amount of head and neck movement.

Cars That Offer This Technology: Volvo

Active steering kicks in to correct exaggerated steering maneuvers that would otherwise make a vehicle veer wildly off course. Should the driver make a fast and over-enthusiastic turn of the wheel, the system uses sensors on the steering column to determine the direction the driver wants to go and will intervene when the car is in danger of becoming unstable. In cases where the car is skidding or sliding, Active Steering will correct the front wheels to help stabilize the vehicle.

It also helps to make steering easier in slow-moving situations, like in a parking lot, or when parallel parking.

Cars That Offer This Technology: BMW

Cars with Adaptive Cruise Control (ACC) use radar in the front grill to detect speed and distance of the car ahead of you. It’s similar to regular cruise control but ACC adjusts your car’s speed to mesh with traffic in front of you. If the car in front slows down, yours will, too. When the car in front speeds back up, so will yours. It’s great because the system nearly drives the car for you, just steer and the car will keep a safe speed.

vehicles, it is an important safety feature and warrants explanation. Basically, ABS keeps the wheels from locking up during heavy braking, maintaining tracking and making the car less likely to skid. It’s particularly helpful on slick surfaces. New cars have the added bonus of controlling the front and rear brakes, known as traction control system, electronic stability control or emergency brake assist.

Each carmaker calls it by a different name, but the idea is the same: sensors placed around the car alert the driver when the car is too close to something else. The system might pick up how close the car is to a curb, another car or a car in the blind spot. The alerts also differ by model: usually there’s an audio-visual warning to the driver and then the car may take over by applying brakes, adding tension to the seat belts or closing the windows and sunroof.

Both the National Highway Traffic Safety Administration and the Insurance Institute for Highway Safety state that a third of fatal accidents are preventable when vehicles are equipped with ESC. That’s why, starting with 2009 models, all U.S. cars are equipped with ESC. It works with the ABS system to keep a car from skidding and losing traction. It senses individual wheel traction and applies brake pressure to just the wheels that are beginning to skid. It also can cut engine power if the system sees that the vehicle is going too fast.

Cars That Offer This Technology: All makes sold in the U.S.