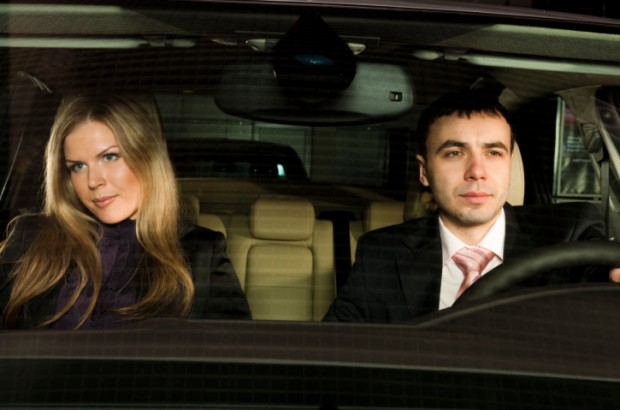 5 Car Features To Save Your Marriage

You’re driving around with your sweetie when all of a sudden, you’re arguing in the car. We’ve got suggestions on how to avoid those bumps in the road.

Seat adjustment is the number-one source of strife in my otherwise-peaceful marriage. Whenever I drive my wife’s car, she accuses me of screwing up the seats and mirrors. I retort that if she didn’t have them so screwed up in the first place, I wouldn’t have to correct them. The punch line is that we’re the exact same height. No wonder why Kim Kardashian’s marriage to basketball player Kris Humphries didn’t last.

After talking with friends, it seems that my wife and I are not the only couple with temperature-compatibility issues. I believe in slow acclimatization: On a hot summer’s day, I go easy on the air conditioning so that I won’t die of sudden heat-stroke when I get out of the car. My wife, on the other hand, likes to crank the A/C until icicles form on her eyelashes. It’s the opposite in winter; I prefer just enough heat to avoid hypothermia, while she feels the car isn’t warm enough unless she can feel her bone marrow melting.

Dual-zone climate control addresses this problem by allowing the driver and passenger to set the temperature on their own side of the car. It’s not the perfect solution; you are still riding in the same car, but it at least allows each occupant to choose between an arctic blast and a sirocco without their partner having to suffer.

Choosing the proper following distance can be a source of strife for couples. Some drivers feel that if you can distinguish the car ahead from other objects on the horizon, you are too close; others prefer to position themselves close enough to the vehicle in front to reach out and take paint samples from the bumper.

Active cruise control is a rather ingenious device that works like regular cruise control, but uses radar or sonar to detect vehicles in front of you. If it senses a car ahead, it automatically slows your car to match the speed of the one in front, and some cars will even initiate a panic stop if the driver ahead slams on her brakes. On most systems, drivers can set the distance between their own car and the one ahead, which eliminates the “You’re following to close” or “You’re not following close enough, you’re letting everyone in and we’ll never get there” argument.

Ladies, please don’t ask me to explain the male aversion to asking directions. The urge to guide ourselves without outside help is hard-wired into us, like the urge to hunt and gather and the urge to assemble flat-pack furniture without reading the directions. All three generally lead to failure and argument, which is why GPS navigation systems are such a wonderful addition to the modern relationship.

GPS (the Global Positioning System) uses satellites to pin-point the car’s location and built-in maps to select a route. Because GPS always knows where the car is, it can compensate for the wrong turns, without the need for the self-emasculation that comes when we stop and ask for help. Hint: If your partner objects to you programming the GPS, you can always say “I know you know where you’re going, honey, I just want to see the name of that street with the pretty garden that we always pass by.” My wife uses this line and I buy into it every time.

A car is more than a transportation appliance; it’s a microcosm of how we want to live our lives. Some people like to keep their cars neat, clean, and factory-fresh, while others see them as a rolling receptacle for empty latte cups, used Kleenex, and the occasional rotting banana peel. (My wife falls into the latter category. If you put a scraping from her Honda’s floor mats in a petri dish, you could grow a whole new civilization.)

If you and your partner suffer from incompatible neatness standards, there’s a good chance you’re silently driving each other around the bend with your devotion to, or complete disregard for, sanitary motoring. (This also applies to couples who can’t agree on freeway traffic vs. surface streets or fashionably late vs. ridiculously early.) If that describes your relationship, the best investment you can make is to have two separate cars. One partner can wallow in filth while the other admires his or her reflection in the dashboard, and never the twain shall meet.