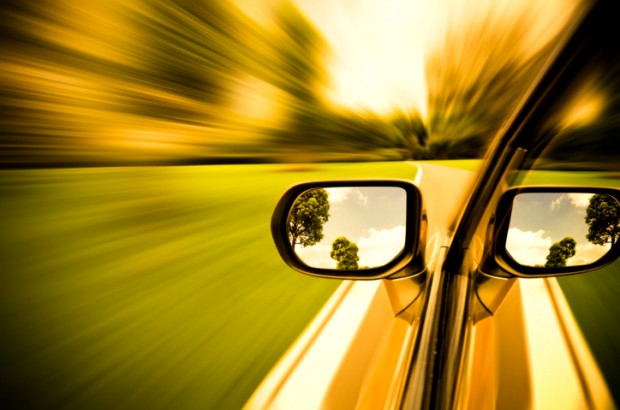 In the car biz, 40 really is the new 30. Thanks largely to Federally-mandated fuel economy standards, automakers are working at a fevered pace to increase fuel economy, and — for now, at least — 40 MPG is the number to beat.

Automakers have a number of ways of getting to the 40 MPG mark. In this article, we’ll explore the different technologies and take a closer look at the current crop of 40 MPG cars, and tell you which ones are most likely to actually get 40 MPG or better.

Hybrid cars consistently deliver excellent fuel economy with little need for drivers to adjust their driving style, but they come at a significant price premium.

Hybrid cars work by storing energy that would otherwise be wasted. Remember the “conservation of energy” theory from high school science? When you step on the brake pedal, instead of just using the brakes to convert motion energy into heat, hybrids use a generator to charge a built-in battery, creating resistance that slows the car. When you step on the accelerator, the battery powers an electric motor that assists the engine, saving fuel. Most hybrid cars do their best work in the city, although Hondas are the exception to the rule.

We like the Ford Fusion for its roomy interior and hard-working hybrid system, although it’s not quite as fuel efficient as the Toyota Camry Hybrid. The base model is overpriced, but the value equation gets better as you add options, and the top-of-the-line version provides great value-for-money.

Love It: Roomy interior, the Ford Fusion hybrid system works as advertised
Like It: Electronic dash shows as much or as little information as the driver wants
Leave It: High base price

Unlike most hybrids, the Honda Civic Hybrid fuel economy isn’t biased towards city driving, and in our experience it usually does its best on the open road. 40 MPG is easy to achieve, but it takes a light foot to exceed the 44 MPG EPA estimate.

Love It: Family-friendly size
Like It: The Honda Civic Hybrid is MPG on long freeway trips
Leave It: Toyota Toyota Prius is bigger and gets better fuel economy

Priced just over $20,000, the Honda Insight is the least-expensive hybrid in America, and while it’s not as efficient as the pricier (and bigger) Honda Civic Hybrid or the Toyota Prius, you can count on it for an honest 42 MPG.

Love It: The Honda Insight has a low price and a roomy trunk
Like It: It feels nimble and light on it’s feet
Leave it: Cheap interior fittings

The Hyundai Sonata and Kia Optima are essentially the same car; the differences are purely cosmetic. The Vroom Crew hasn’t had much luck achieving the promised EPA figures — like many of our colleagues at other publications, we barely made it out of the low 30s. Shame, because otherwise both the Hyundai Sonata and the Kia Optima are very nice cars.

Love It: Reasonable price, handsome styling
Like It: Roomy interior
Leave It: Neither the Hyundai Sonata, nor the Kia Optima deliver promised fuel economy

Think of the Lexus CT 200h as a Toyota Prius in a cocktail dress. The Lexus CT 200h was actually designed for European buyers, which explains its trim dimensions and hatchback body style. It has a sportier demeanor than most hybrids, but it’s not as aerodynamic nor as fuel-efficient.

Love It: The Lexus CT 200h has unique styling and sporty demeanor.
Like It: Affordable – for a Lexus, that is.
Leave It: Interior is a bit austere, fuel economy isn’t as good as other hybrids

The MKZ Hybrid comes as a pleasant surprise — it’s roomy interior is as luxurious as a Lexus. The Lincoln MKZ Hybrid shares its drivetrain and other mechanical bits with the Ford Fusion Hybrid, and like the Ford it easily delivers its promised fuel economy.

Love It: The Lincoln MKZ Hybrid has luxurious accommodations and outstanding fuel economy
Like It: Roomy back seat
Leave It: Unibrow taillights