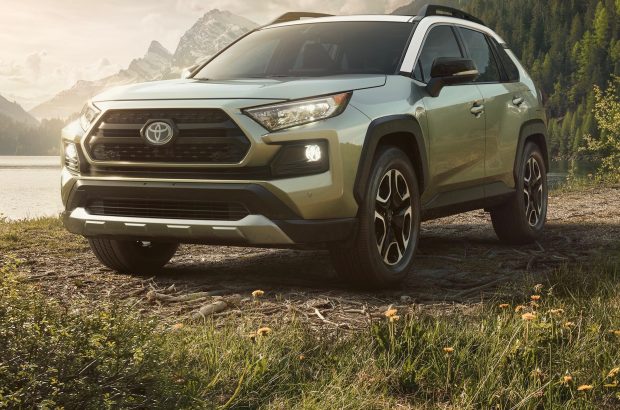 The fashion world has Fashion Week. The auto world has the New York International Auto Show. The bold, the beautiful, and the bizarre all make their big debuts this week as the world gets to see these shiny new beauties for the first time. VroomGirls is bringing you a sneak peek at the best of the lineup! The vehicle that created the small sport utility vehicle world makes its fifth-generation reveal at the New York International Auto Show today. Engineers worked for four years to fine-tune the drive for this latest incarnation of the popular and cute RAV 4.

Now available in a sporty new two-tone version AND a hybrid version, there’s a 2019 Toyota RAV4 for everyone. City explorer, professional shopper, off-roader, or kid hauler–there’s something for everyone in this spiffy all-new version.