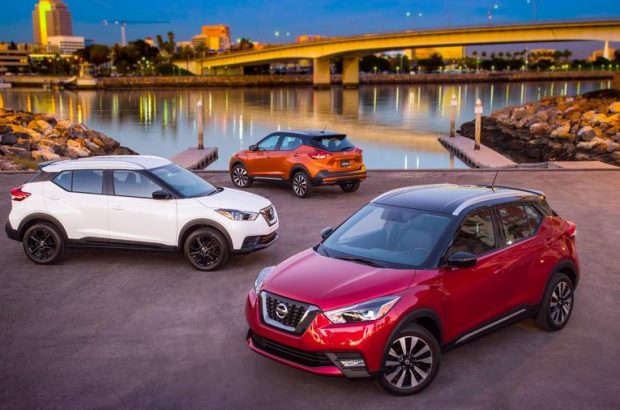 Millennials. They’re everywhere! America’s twenty-somethings are the biggest generation the US has ever seen. You see them in all the commercials: playing ukuleles, flashing peace signs, taking selfies, sporting funky hair colors while eating avocado toast and drinking kombucha. Oh, and don’t forget all the tattoos, and ironic hipster mustaches. And phones. Lots and lots of phones.

Stereotypes aside, this is a generation that has often preferred calling an Uber to driving. At this year’s LA Auto Show, the world’s automakers are aiming to change all that. They’re banking on the millennial’s wheels of choice. Depending on who you ask, it can be called a subcompact, a crossover, a mini-SUV, or maybe a mini-crossover SUV compact. It makes sense, if you think about it: if this generation rejects the racial and gender stereotypes of older generations, why should they still be stuck in the old car vs. truck binary? Why not have a vehicular identity that takes the best of both worlds? Of course, it has to look cool, and have all of the connectivity they’ve come to expect.

Since monstrous student debt is a fact of life, automakers are trying hard to get that starting MSRP just at, or maybe under, the $20k mark. With catchy names like Kicks, Trax, Soul, and Kona, they’re hoping that the kids get the message that these wheels are designed just for them—even if they’ve moved back into their parents’ house. After making its splashy debut at last year’s LA Auto Show, Toyota’s CH-R is full-grown, in production, and ready to roll. Starting at $22,500 Replacing the Juke, the all-new 2018 Nissan Kicks makes its debut at the LA Auto Show with its cool two-toned look. No pricing yet, but Nissan says a nicely-equipped model will be under $19,000 Also premiering at the LA Auto Show, the all-new 2018 Hyundai Kona evokes images of surfing, coffee, and a Hawaiian vacay.