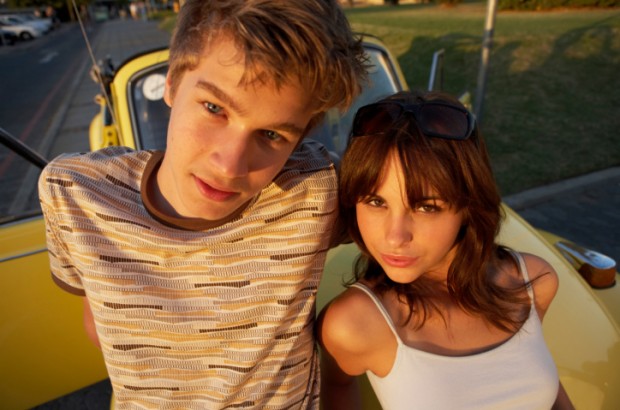 Car crashes are the number-one killer of teens in America, so if you are thinking of putting your young driver on wheels, it’s critical to put them in the safest vehicle possible. Here are ten attributes you should look for in a car for your teen driver.

Teen drivers are far more likely to get into an accident than adults, and one of the best ways to protect them is to surround them with the most advanced safety equipment. Not all parents (or kids) have the money for a brand-new car, but it’s important to put them in the latest model you can afford, even if that means giving up some comfort and convenience features.

This brilliant bit of technology senses when the driver is losing control of the car — for example, in a swerve or a spin — and takes corrective action that the driver can’t, such as applying the brakes on individual wheels. ESC can’t prevent all accidents, but it’s effective enough that the government mandated it in all vehicles starting with the 2012 model year. (Note: ESC should not be confused with traction control, which does not provide the same level of protection.)

A car, Not A Truck

Some parents feel safer putting their teen in a large pickup or SUV, but compared to regular cars, these heavy vehicles have longer braking distances, cannot grip the pavement as well in a sudden swerve, and are more likely roll over. The only sure way to survive an accident is not to have one, and a car has a better chance than a truck or SUV of avoiding a crash in the first place. That said, don’t go too small; mid-size cars generally fare better in multi-vehicle crashes than subcompacts.

A navigation system removes the distraction and stress of getting lost. Many new cars offer built-in navigation, but an inexpensive Garmin or TomTom unit will do the job just as well.

A relatively new innovation, these systems allow you to monitor or limit your kid’s activity. Ford’s MyKey system allows you to program an individual key to limit the car’s top speed and stereo volume. Hyundai and Infiniti have web-enabled systems that will send you an alert if the car exceeds a certain speed or drives beyond a pre-set boundary.

Distracted driving is a major problem for young drivers. Buy a car that has a simple control layout — look for uncluttered dashboards with air conditioning and stereo systems that use simple dials rather than a myriad of buttons, so your teen can change the station or turn down the A/C without taking her eyes off the road.

It seems obvious, but we parents sometimes forget that years of driving has conditioned us to use our mirrors properly, a skill that teen drivers have not yet learned. Make sure your teen’s car has big side-view mirrors and unobstructed sightlines in all directions.

It’s best to discourage your kid from talking on the phone while driving, but Bluetooth provides a good alternative in case of an emergency. Bluetooth turns the car’s stereo into a hands-free speakerphone, so your teen can talk with both hands on the wheel. Some new cars will read out text messages, and Ford’s SYNC system allows the driver to send out pre-scripted replies (“Yes,” “no,” “running late,” etc.) when the car is stopped.

More is better. Most new cars have at least six airbags — two front airbags, two front-seat-mounted side airbags, and two side curtain airbags — and many new cars offer nine or ten, including a driver’s knee airbag. (Read more about different kinds of airbags.)

In the event of a collision, these subscription-based systems will use a built-in phone to call a live operator, who can pinpoint the exact location of the car and send emergency services if need be. General Motors’ OnStar system is the most well known, but several automakers now offer similar systems, including Toyota, Ford, Lexus, Lincoln, BMW, Hyundai, and Mercedes. For cars that don’t have built-in crash notification, OnStar makes offers a product called OnStar FMV that can be installed on most late-model vehicles.